Western Australia’s answer to the Great Barrier Reef has one clear advantage – you can swim or wade directly out to Ningaloo Reef.

Australia’s most accessible fringing reef is 100 metres offshore at its closest point to the mainland, so you can simply dive in with your mask and snorkel to join the colourful underwater party. From April to July, the world’s largest fish convene in their hundreds, providing a thrilling wildlife spectacle you can view by boat or while in the water.

August marks the beginning of whale migration season with huge cetaceans observed all the way into November, while December to March sees turtles nesting, followed six to ten weeks later by hatchlings emerging and making their perilous journey to sea.

On land, there are fabulous natural attractions such as Mandu Mandu Gorge in Cape Range National Park, which provides sweeping views of the area. Saltwater Yardie Creek cuts a dramatic crevasse through this reserve, while the surrounding limestone landscape supports abundant wild emu, echidna, wallaby and kangaroo populations.

Scuba dive gorgeous coral sponge gardens or snorkel amid tropical fish, manta rays and dolphins. Swim alongside whale sharks from around April to July, kayak amongst massive humpback whales during the annual whale migration and watch sea turtles nest and hatch through summer. Hike or drive through Cape Range National Park for amazing landscapes and close encounters with native wildlife.

Qantas and  Virgin Australia fly into Exmouth Learmonth Airport from Perth, with travel time totalling around 2.5 hours. If self-driving from Perth, a 4WD is highly recommended. As this region is remote and truly wild, always check conditions before you leave and avoid driving at dusk or dawn when animals are most active.

Connect through from Perth and its beautiful neighbouring Margaret River region, or why not continue up north to explore the Kimberley to complete your Western Australian experience? Three times the size of England, the remote Kimberley is home to vast unexplored wildernesses and iconic natural attractions such as Cable Beach and the Bungle Bungles. 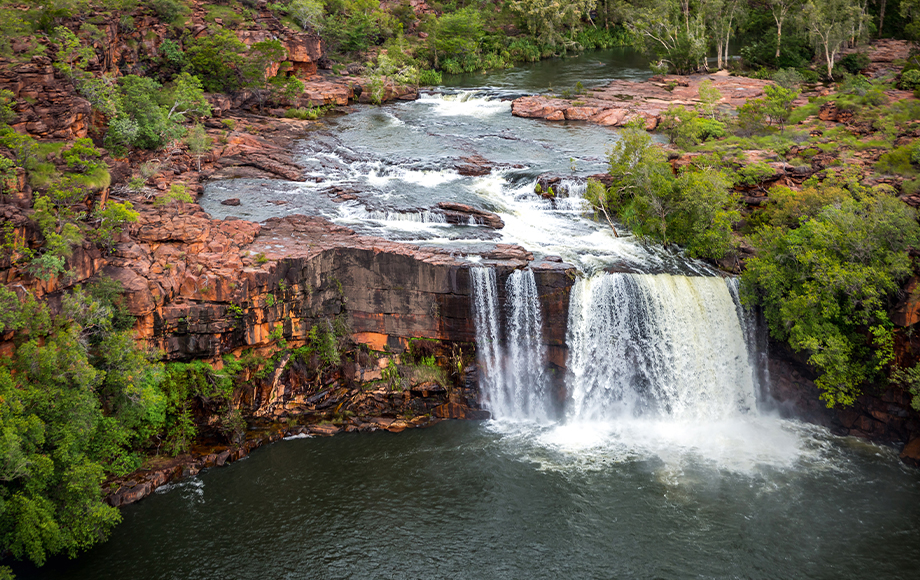 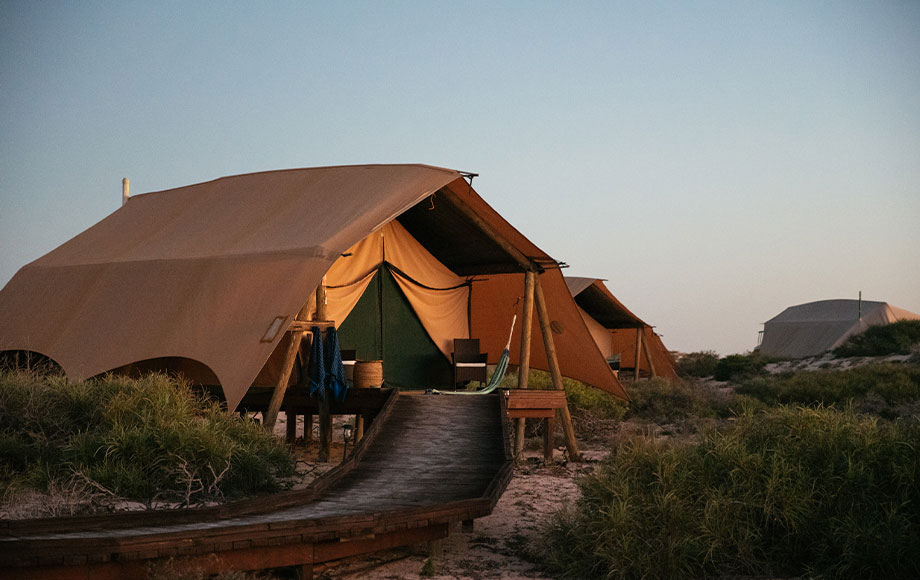 Half-hidden amongst sand dunes in the Cape Range National Park, Sal Salis is your entry point to the World Heritage-listed Ningaloo Reef. 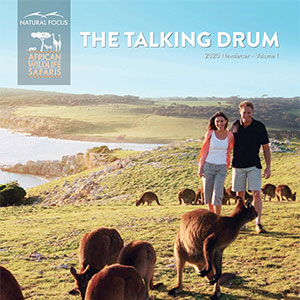